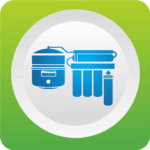 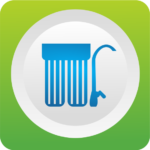 We have put together a comprehensive knowledge base regarding the most frequent questions that we receive such as what is the best water filter or do water filters remove fluoride. If there are any questions that you cannot find here please feel free to contact us and we will answer your questions as soon as is practicable.

RO not shutting off

What to do when a reverse osmosis system continually runs to drain There are many under-sink reverse osmosis units on the market, however they all share common characteristics. Here is a quick run down on the basic operation which will help you identify what the issue...

What is Chlorine? Chlorine is an element which is obtained from the Earth’s ocean salt.  It is a highly irritating, greenish-yellow gaseous halogen. It has the chemical symbol CI and the atomic number 17 on the periodic table.  Chlorine has many uses, from...

How do I choose a water filter?

We realise that if you are renting you may not be able to have a water filter tap installed, click on the box above to view a range of solutions.

Own your own home we have a range of water filtration systems to suit any taste or budget! Click on the box above to view our solutions.

We can tailor make a water filtration system to suit your exact needs and budget. Call one of our water filter experts today for no obligation honest advice
1300 001 752

What is the Best Water filter?

What is the Best Water Filter for Australian Water (updated 2020)

When choosing a water filtration systems there are many things to consider, do I want a countertop water filter or would a more discreet under sink water filter out of view suit my needs better?

If you have put in the time going through the various forums you will have found that by necessity most people’s reviews and recommendations are of filtration systems that they have owned, so it’s difficult to get the view of someone who is familiar with all the major brands. Clear Choice have been involved in servicing and installing water filtration devices for over 20 years, we are not tied into one brand as we are an independent family owned Australian business, this means that we can supply and install the best water filters to match your situation. Click here for more info about the best water filter choices available and the pros and cons of each.

Q How can I be sure that a system bought from you will be the best choice for me and my family?

All of are water filter housings are tested to Australian Standards 3497 and Water Mark Approved, we only use quality cartridges sourced from the UK, Taiwan or USA. We will not use products from outside of the UK or the USA unless they have been thouroughly tested to meet Australian Standards and conditions. This makes it impossible to compete with inferior copies from China however we are confident that most consumers are savvy enough not to pick the cheaper product over quality. All our products are installed by licensed plumbers.

Q I’ve never heard of Clear Choice Water who are you?

A Good question, we are an Australian owned family company. This is our store we do not have a physical shop front which keeps our overheads low which we pass on to our customers. We have carefully selected the best quality products from Australia, USA, New Zealand and Taiwan, all the systems are put together in Australia. We also pride ourselves on our accurate and fast order turnaround and no quibble 30 day money back guarantee.

Q Is your site safe and virus free?

A All private data is passed through a SSL (Secure Socket Layer) encryption as it passes from your computer to ours. Once it is on our computer, it is encrypted. Once your order is processed, your credit card information is deleted permanently.

Q Why should I shop with you?

A We provide personalised service at an affordable price

All our systems are high quality and come with a money back guarantee.

We are a family business, we depend on the success of this website which means we have a vested interest in making sure that you are provided with the best product and the best service.

We know the products we sell as we assemble them ourselves, if you need information regarding any of our water filters we are only too happy to help.

We are going to make sure that you receive your item in a timely manner, we ship every day Monday to Friday.

There are only three methods that we are aware of to remove fluoride from the water supply, they are the use of an activated alumina cartridge, reverse osmosis or distillation.

Of all the methods of removing fluoride, this is the method which has the most mis-information online, unfortunately largely due to retailers who wish to sell reverse osmosis systems. The fact is that Activated Alumina is recommended by the Environmental Protection Agency as not only an effective means of removing fluoride but also to remove other harmful contaminates such as Thallium which can leech into the drinking water from mining sites. Activated Alumina has also recently been chosen for use in the United States’ largest fluoride removal plant in Andrews, Texas. The SORB 09 technology was chosen based on the performance of an on-site pilot test that demonstrated the system’s robust technology, economics and capabilities over other tested technologies.

With activated alumina it is critical to choose a system which has the correct amount of media and also the correct flow rate to ensure effective fluoride removal up to 98% with no waste water.

Reverse Osmosis is a very effective way of reducing the amount of fluoride in the drinking water, depending on the system that you choose you can expect to see a removal of up to 98% of Fluoride. Reverse Osmosis (RO) systems are very effective and can be set up to produce 1 litre of pure water for every litre of water that is sent to waste. The minimum amount of stages that is required for RO to work properly is 3.

Distillation is extremely effective at removing fluoride and everything else in the water, in fact all you are left with is H2O so pure that it does not conduct electricity. We have had over 10 years experience with distillation and have experienced many issues with the longevity of the systems due to the extremely pure water dissolving rubber o rings etc.

Here are some of the Fluoride Removal FAQ’s that we receive:

A No the act of boiling water cannot remove fluoride, it will become concentrated as a fluorine salt, if however you capture the steam from the water for example by distillation then the water will be separated from the fluoride.

A No uv is very effective at killing bacteria and viruses however it will not remove fluoride.

Q Is the fluoride that is added to our drinking water a by product of the fertiliser industry?

A Yes Fluoride is a microscopic salt which is very difficult to remove from the water supply, the most common forms of fluoride that are added to the water supply in Australia are, hydrofluosilic acid, sodium silicofluoride and sodium fluoride which are commonly sourced from fertiliser manufacturers.

How to install a twin undersink water filter

What is new in the industry?

What is Chlorine? Chlorine is an element which is obtained from the Earth’s ocean salt.  It is a highly irritating, greenish-yellow gaseous halogen. It has the chemical symbol CI and the atomic number 17 on the periodic table.  Chlorine has many uses, from...

Bottled Water and the Impact on AustraliaPosted by David Jamieson on October 15, 2015  www.wheelsforwishes.org/bottled-water-footprint/

Ballina Council have voted to allow fluoridation of the public water supply despite strong objections from some anti-fluoride activists, such as Merilyn Haines, the president of Queenslanders for Safe Water Air and Food, argue that fluoride is a poison that is used as...

Schedule An Appointment
Or Get an Instant Quote

Contact Us Today - all of your questions will be answered