This water filter is the perfect media to use in areas of Australia that have been affected by the unprecedented Bushfires of 2019/20, the product is perfect for either tank water filtration or for use in areas where town water may have become exposed to the impacts of ash run off to existing drinking water assets.

For many weeks, ash, soot, and blackened gum tree leaves have collected along the shorelines of Sydney’s beaches, clogging the waves and lapping in the tide. Originating in fires blazing in forested areas to the west, the debris has been carried on the breeze along with the pungent bushfire smoke that blanketed Australia’s largest city for much of December.

But what has carried on the wind is just a taste of the huge quantities of debris that are likely to wash into rivers once there are heavy downpours.

Why use an Ultra Pure Aragon filter?

Our TOP 3 Issues of concern in the drinking water that that may occur due to the bush fires:

Chlorination of water with elevated dissolved organic matter can be problematic due to formation of a wide range of chlorinated by-products (e.g. trihalomethanes and haloacetic acids) and their high chlorine demand that may cause problems in maintaining an adequate level of disinfection (NHMRC, 2004).

Water Disinfection By-Products (DBP) Disinfection of public water supplies has dramatically reduced the incidence of waterborne illnesses and related mortality in the United States, with unquestionable public health benefit. However, chemical byproducts are formed when disinfectants such as chlorine react with organic matter, and long-term exposure to these chemicals may increase cancer risk. Hundreds of disinfection by-products have been identified; the most common of these are trihalomethanes (THMs, including chloroform, bromoform, and others) and haloacetic acid. Only a small percentage of identified DBPs have been tested for carcinogenicity. Some rodent studies have been positive for cancer, and some DBP components have shown mutagenic effects in in vitro testing, suggesting carcinogenicity.

Blue-green algae (also known as cyanobacteria) are the only group of algae to be toxic in freshwaters. They are microscopic bacteria living in water and are capable of photosynthesising which is why they are often called ‘algae’.

Can blue-green algae be removed by water authorities?

Chemicals that kill blue-green algae cannot be used in natural water bodies due to their impact on other creatures that live in the water.

A bushfire in the Sydney catchment in 2006 was the likely cause of an algal bloom that lasted several months in the dam in 2007, and the current bushfires are far more extensive.

Algal blooms in the drinking supply are problematic for several reasons. The resultant deoxygenation can cause fish kills, but it also makes iron and manganese soluble, which can give water a poor taste, odor, and colour. Cyanobacteria can also produce chemicals that give water a musty or earthy flavor.

Will boiling the water make it safe?

No. The toxins cannot be destroyed by boiling water.

Boiling the water bursts the blue-green algae cells and releases toxins into the water, increasing the possibility of experiencing symptoms.

The following extracts  from a desktop review that was researched by the University of Melbourne regarding the impacts of Bushfires in Australia (2011):

Severe follow-up storms have resulted in large quantities of sediment, nutrients,
organic matter, ash and metal contaminants entering streams and reservoirs. This change in water quality may result in water supplies that are unfit for use.

Combustion of organic matter, soil heating and the production of ash and charcoal contribute to the
release of numerous nutrients, metals and toxins that might otherwise be unavailable for transport into waterways. For example, ash contains particulate carbon, various nutrients, trace metals and other contaminants.

There are substantial knowledge gaps in our understanding of water quality impacts following bushfires in Australia.

There are several recent examples where water quality impacts in reservoirs following fire have
necessitated emergency actions such as water carting or water restrictions. For example, high
turbidities in the Bendora Reservoir following the 2003 ACT fires resulted in water restrictions in
Canberra (White et al., 2006), while high nutrient levels in Lake Glenmaggie in eastern Victoria
necessitated water restrictions and water carting to some communities reliant on supply from this
storage. From a drinking water perspective, the constituents of most concern following fire are elevated levels of suspended sediment, nutrients and metals. For other constituents (e.g. sulfate and chloride, organic carbon, cyanide, PAHs, PCDDs/Fs and PCBs), post-fire maximums are unlikely to exceed guideline values.

Aragon Technology — Tested by research institutes worldwide, this filtration media will remove cysts such as giardia and cryptosporidium, bacteria and viruses, heavy metals, pesticides and chemicals such as chlorine from the water. Due to its unique properties the cartridge will not block as easily as traditional carbon filters, which makes it a great choice for tank water that may have been contaminated with ash or other debris.

Chernobyl -The material has high mechanical strength with the possibility of mechanical treatment (cylinders, discs, etc.). Compact and efficient filters based on ARAGON material are unified in accordance with main international standards. The ARAGON sorbent was successfully used for water treatment in the regions exposed to contamination after the Chernobyl accident.

Production located in the EU (Latvia, Riga) and the Russian Federation (St. Petersburg).

Experts at Geyser have created a unique filtering material, ARAGON BIO. When used in filters this material removes not only the usual contaminants but also bacteria, viruses, radionuclides and heavy metals. 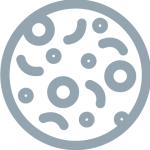 Aragon filters are shown to remove 100% of bacteria and viruses from the water. This has been independently tested — there was complete removal of poliovirus, rotavirus, legionella and salmonella.

Whereas many water filters indiscriminately remove the good along with the bad, Aragon Filters remove the impurities from your water, while keeping in the healthy minerals. 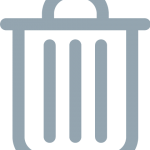 Aragon filters remove heavy metals such as Lead and Iron from the water. Heavy metals in well in excess of guidelines have been found in water catchment areas following bushfires and heavy rainfall in the Ovens River, North Eastern Victoria.

To understand the difference between the size of pathogenic bacteria and viruses, we suggest the following web link as it will give you a great visual of the difference. The University of Utah Cell Size and Scale Chart: http://learn.genetics.utah.edu/content/cells/scale/

Slide the scale at the bottom to see the size of virus vs bacteria vs other potential contaminates and magnify to greater levels.

FSBE R&D Institute of Occupational Health of the RAMS